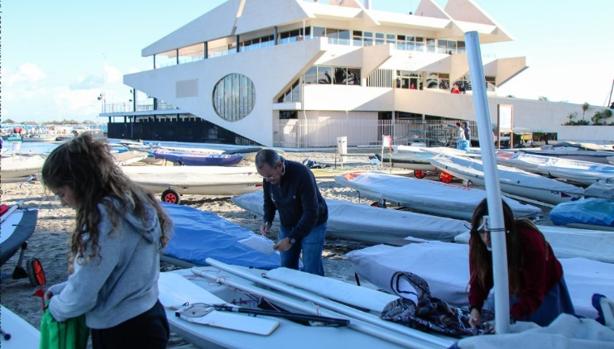 The Real Club de Regatas of Santiago de la Ribera has everything ready for the great festival of youth sailing in the Mar Menor. Until Sunday 4 will be played the Spanish Laser 4.7 championship, a test framed in the Club’s Centennial sports program.

After the official closure of entries the total number of sailors who will fight for the national title is 185, representing 11 autonomous communities: Andalusia, Balearic Islands, Cantabria, Canary Islands, Catalonia, Euskadi, Galicia, Melilla, Navarra, Valencian Community and Region of Murcia.

Today’s session has focused especially on the control of measurement of ships and material. This first day has also been marked by the official training in which almost the entire fleet has participated.

The weather forecast for the first day, which top of the first test of the day has been set at 12.00, is expected to be medium winds in the morning lowering in the afternoon, with an intensity of 12-15 knots of component NW (Northwest). The Organizing Committee plans to complete a total of 12 events in the four competition days planned.

A peaceful green oasis, playgrounds and a lake nearby, a good school, a shopping centre make this an ideal place for life, relaxation, recreation and socialisation.